They cheered, jumped in the air, and even broke down in tears. 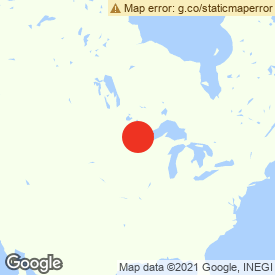 MINNEAPOLIS — As people in Minneapolis and around the country anxiously awaited the verdict in the trial of former police officer Derek Chauvin to be announced, a crowd gathered in what’s become known as George Floyd Square.

The pavement outside Cup Foods has become the center of protests and community block parties since then-officer Chauvin killed Floyd there last summer, sparking a national reckoning on police violence and racial justice. On Tuesday, people gathered once again as the court said the jury had reached a verdict after about 10 hours of deliberation.

For about an hour, Minneapolis and the nation waited for the announcement of the jury’s decision. Cup Foods shut down, its owner fearing what would happen if Chauvin was found not guilty. Meanwhile outside, news coverage blared from car radios and people’s phones.

The crowd erupted in cheers, with people jumping and raising fists. Some broke down in relief; one woman started sobbing. Others passed out food, colored and played music.

“We got justice today,” said Jennifer Starr Dodd, an organizer with Our Village Reunion.

She said Floyd’s death ignited a movement in the community, adding that she saw men crying in the streets “because they didn’t know how to deal with the trauma and pain of what they witnessed that day.”

Lynea Bellfield said she’s been to George Floyd Square countless times over the past year, and that dealing with police mistreatment is a way of life.

As crowds amassed in downtown Minneapolis, Karen Law said that as a mother of Black children “it’s been a hard year.”

“But this is just this one minute. A moment of peace,” she said. “We’ll never get George Floyd back, but maybe we’re on a track to show that you can no longer kill Black and brown bodies.”

Later on, crowds peacefully marched as a man with a megaphone said, “We’re gonna celebrate today, but tomorrow, we get back to work.”